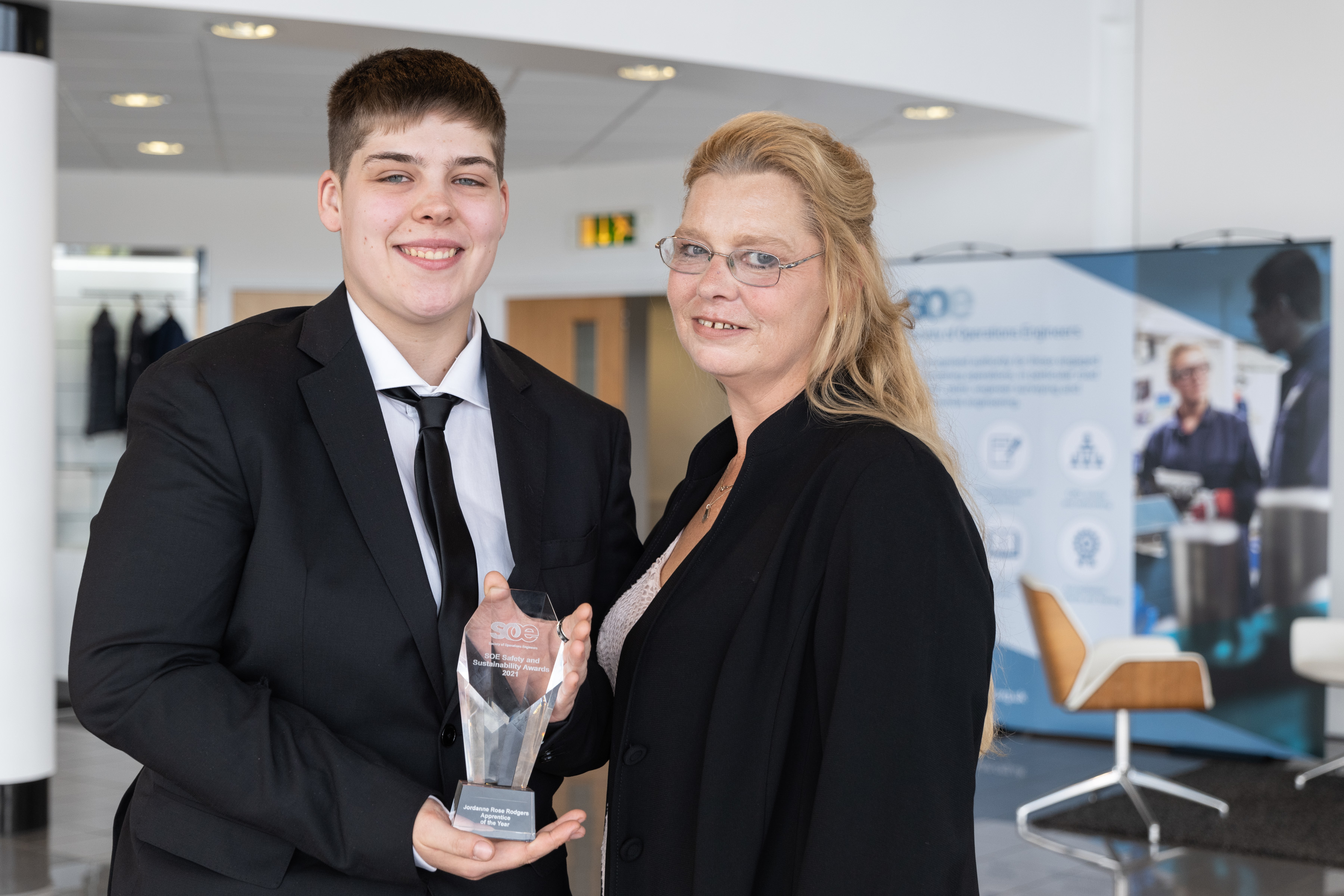 Please describe your feelings about winning the Apprentice of the Year award.

Honestly, I’m not one for being in the spotlight and having all the attention on me. I don’t go places where you need to dress up - so that side of it was uncomfortable. I personally don’t think I deserve this award since there are many more people better than me, yet here we are.

What are the major challenges you have overcome to reach this point in your professional career?

Lack of opportunity at school was a big issue. I knew that an apprenticeship was the best way to learn the trade but there was barely anything available when I was applying. Not only that, but my knowledge of apprenticeships was lacking as it wasn’t an option in my school. They were more concerned about university placements. I felt they didn’t listen when I explained that I didn’t want to go, instead they made me go through the application process.

Lack of diversity in the industry was also an issue. When I first started, I was asked many times if I could lift something, with people wanting to help me. Now people let me get on with it.

The majority of the people I work with are white middle aged men who can be set in their ways, but they realise my gender does not impact whether I can do my job. This award and my college grades prove that.

What advice would you give to other women apprentices in the industry?

You’re entering an industry where some people are reluctant to change. Luckily East Yorkshire has been great at making me feel welcome. If you want to do this job, then you need to grab the bull by the horns and go for it. Don’t be a shy little wallflower. Throw yourself into the role with all guns blazing.

How has overcoming difficult tasks during your apprenticeship helped with your confidence?

I was ridiculously shy at the beginning. Even though I had a tonne of questions, I tried not to ask them for fear of looking stupid. I struggled to be seen as ‘one of the guys’ for a long time. Now though, I like to think I’m part of the team. I have a laugh and joke with everyone and even have people asking me for advice or tools. I’m learning not to be afraid to ask for what I need and not to take no for an answer.

Have you had any mentors to help you?

Gulam (Bakawala), the Bus and Coach Programme Manager from S&B Automotive. He basically taught me most, if not all, of the theory. We’ve built up a great relationship over the years – he’s always believed in me. He rang me and asked if he could nominate me. It’s nice to be recognised but I thought that there were more deserving people.

What are your hopes for the future?

I’m not sure how I can help with it, but I’d like the industry to get with the times. I want to see more women, people of colour and people with different sexualities. I really think we could grow as an industry if we learn from people with different backgrounds and points of view. I’ve seen how I look at things differently than my male colleagues and I find new ways to solve issues. Imagine how amazing that would be on a larger scale?